Leon’s has spent the past 30 years of her career in IT. She spent 10 years at Pernod-Ricard Group, an 8.2BEuro revenue company worldwide co-leader in the Wine and liquor industry. Leon was CIO for Pernod-Ricard Americas (subsidiary of the Pernod-Ricard Group), a 2 billion revenue business, (USA, Canada, and Mexico, Brazil, Argentina, Colombia and Venezuela). Prior to this role, she was CIO for Pernod-Ricard North America. She joined Pernod-Ricard in 1999 and during her terms she successfully integrated the acquisition of Seagram (Chivas, Martell, Seagram Gin, etc.) Allied Domecq  (Malibu, Beefeater..), as well as Vines & Spirits (Absolut) from a business process, system and team point of view. Leon redefined the IT application strategy to support current and future business, consolidated the Data Center in Canada, reorganized the IT support, globalized the IT team at the Americas level and standardized the ERP applications resulting in a better service to the Americas Region and a decreased Global IT budget.

Prior to joining Period-Ricard, Leon was IT Director of DMC Inc., the U.S. arm of DMC SA, a 1 billion textile company, with U.S. customers including The Gap, Levi’s, and Wal-Mart. There, she successfully reorganized the IT department, cutting maintenance cost by 30 percent and drastically improving rate of service. Leon started her career in France at Fromageries Bel SA, the maker of Laughing Cow and Babybel, and moved to the US in 1989 to take the role of the information systems manager at Fromageries Bel, Inc., the U.S. subsidiary of Fromageries Bel SA. Among major achievements, she developed and implemented a sales and marketing system for headquarters and sales managers, using client server technology to give access to sales and marketing data.

In 2014 Leon achieved an Executive Coaching Certificate from Columbia University. She holds an M.S. in Economics from the French University Paris-I. Leon is a sailor and a Black belt Karateka. 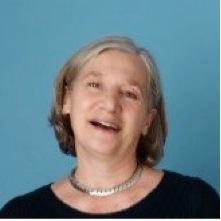