Gretchen Shugart is the Executive Director of Theatre Forward.

Prior to Theatre Forward, Shugart was the former CEO of TheaterMania.com. She took this role in January 2001 after serving as advisor to the company through her position as President of eMediaCapital LLC, an investment bank advisory firm specializing in the media and Internet industries.

Shugart founded eMediaCapital in 1999, following an eighteen-year career in banking, most recently as SVP Communications Equity Associates, as well as Chase Bank, Manufacturers Hanover and Bank of Montreal. She arranged and led financings for media and telecommunications companies. 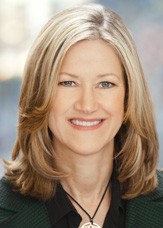