Prior to J Beyman & Associates, Beyman was the Managing Director and Global Head of Operations and Technology at Citigroup’s Institutional Client Group. He joined the bank in August of 2008.

Beyman started his career with Arthur Young & Company as an auditor in 1976. He joined Chemical Bank Operations Division after business school, and has served in a variety of senior management roles in technology and operations over his career. At Lehman Brothers, Beyman was Executive Vice President of Holdings Inc., Global Head of Operations and Technology, and CIO, a position he held until retiring in 2006. During his brief retirement, Beyman returned to school to study history at Columbia University, and served as an adjunct professor at the University of Connecticut M.B.A. program, where he taught “Managing Information Technology." He returned to Wall St to join Credit Suisse in 2007 as Global Head of Investment Bank Operations, before taking his current position. Beyman has also served as the CIO of both Cendant Corporation and Cendant's internet-based businesses.

Beyman is a member of the board of DonorsChoose.org, an online nonprofit that is dedicated to addressing the scarcity and inequitable distribution of learning materials in our public schools through a concept called citizen philanthropy. He is a former member of the board of directors of the Depository Trust and Clearing Corporation.

Beyman received a B.S. in accounting from the University of Connecticut and an M.B.A. from Cornell University, and is a certified public accountant. 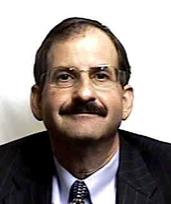