Ken Haertling is the SVP of Global Cyber Security for the Las Vegas Sands Corporation (LVSC) headquartered in Las Vegas, Nevada. LVSC generates annual revenue over $12B and features integrated resorts across many global regions including The Venetian|Palazzo Resorts in Las Vegas and resorts in Macau, Singapore, and Pennsylvania.

Prior to assuming his role at the LVSC,  Haertling worked over 16 years in the telecommunications industry both in the US and Canada. While serving as VP for Level 3 Communications, he designed and built a 100-person cybersecurity team in a startup environment featuring revenues over $6B per year. After building the Level 3 Communications cyber security team, Haertling served as VP and Chief Security Officer for TELUS, a telecommunications company located in Canada. TELUS services 12 million customers and with over $12B in annual revenue. While at TELUS, he built and led a world-class 200-person cybersecurity team.

Haertling began his career in the US Air Force, culminating in a senior leadership role in the Air Force Computer Emergency Response Team (ACERT). At the AFCERT he was responsible for creating a 40-person cybersecurity team that was tasked with handling incident response across 140 sites worldwide. 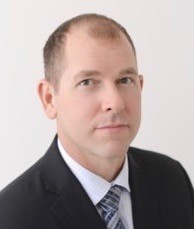