Larry Fried is the Senior Director of IT at the Icahn School of Medicine at Mount Sinai. He manages an organization responsible for designing and implementing technology and systems in support of the academic mission of the school, and for delivering a variety of technology services to the school’s constituents.

Prior to his current position, Mr. Fried was the founding CIO at Stella and Charles Guttman Community College, the newest college in the City University of New York System. In this role, he was responsible for establishing the IT infrastructure, student systems and technology services in support of the launch of the new college, as well as designing and implementing technology for the various student and classroom spaces. Mr. Fried previously served as the Assistant Dean of Technology for the Columbia Journalism School. He managed an organization responsible for researching and implementing technology in support of the school’s transition to digital journalism, and for the delivery of systems and technology services to the school’s faculty, students and staff.

Previously, Mr. Fried spent 22 years at Bell Laboratories, where he started as a technical staff member developing systems and emerging technologies in support of AT&T, government and corporate customers. He later became a manager of technology groups responsible for the development and delivery of systems and integrated solutions for telecommunications service providers. During his tenure at Bell Labs, Mr. Fried also did a five-year stint as an organizational consultant, managing a practice that helped organizations achieve compliance with and gain certification to the ISO-9000 series of standards. His group additionally provided services in quality systems assessment, software process assessment and re-engineering, and project management audits. He has also held technology positions at Morgan Guaranty Trust, the University of Medicine and Dentistry of New Jersey, and Loral Electronic Systems.

Mr. Fried holds an M.S. in Computer Science from Rensselaer Polytechnic Institute, an M.S. in Statistics from Rutgers University, and a B.A. in Mathematics from Queens College of the City University of New York. He is a certified Project Management Professional and holds an ITIL Foundations certification. 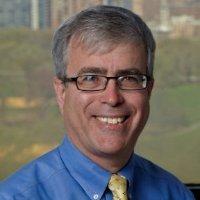