Nicole Valentine is an author, speaker, and high-level strategic and technical consultant for companies interested in building a significant presence on the internet. She has worked with internet search engines, advertising agencies, online retailers, major investment banks, entertainment companies, and world news organizations. Her research and due diligence services have been used effectively by established financial institutions and startup companies seeking venture capital.

Valentine's most recent full-time role was CTO of Figment.com, an online writing community for teens founded in 2010. The site allows teens to develop as writers and since its launch has shown itself to be an effective marketing and promotional platform for the YA marketplace. It was acquired by Random House in 2013.

Prior to forming her consulting company, Valentine helped design, build and manage CNNfn.com for Turner Broadcasting/ Time Warner. Hired as a full-time employee in 1996, she signed on to be part of the core development/concept team in charge of orchestrating the birth of CNNfn.com Her responsibilities included hiring and managing the technology department, developing the back-end of both the website maintenance and advertising engine, and leading the technical development of one of the most profitable websites on the internet. Valentine also held a position on the CNNfn business development team, acting as the chief technical liaison in third-party business deals with both portal and content sites.

In 2000 she accepted the role of CTO for Space.com, where she orchestrated the birth of the leading space news internet agency. Valentine has also used her internet skills to be a driving force in the needlework and craft industry. In 2002, she was the Chief Technology Officer for Craftopia.com. When the firm was successfully sold to HSN.com and moved to Florida, Valentine remained in Philadelphia, re-formed her consulting company, and acted as a temporary CTO for start-ups still in their infancy.

Valentine is one of the original members of the New York CTO Club and a graduate of both Fordham University and Vermont College of Fine Arts, where she earned her M.S. in Writing. 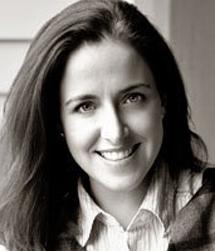