He is a former Board Director & Senior Advisor, Risk and Cybersecurity at Goldman Sachs.

Prior to Google, Mr. Venables was the Chief Information Risk Officer at Goldman Sachs and led the Information Security, Technology Risk, Technology Governance and Business Continuity programs. He joined the firm as a Vice President in London in 2000 and transferred to New York in 2001. He was named Managing Director in 2003 and Partner in 2010.

Before Goldman Sachs, Mr. Venables was CISO at Deutsche Bank. Before Deutsche Bank, he was the Global Head of Technology Risk Management for Standard Chartered Bank. Preceding SCB, Mr. Venables served in various technology, network management, and software engineering roles at a number of finance, energy, and defense organizations.

Phil Venables serves on the Executive Committee of the U.S. Financial Services Sector Coordinating Council for Critical Infrastructure Protection and the Board of Referees of the journal Computers & Security and is a member of the boards of the Center for Internet Security and the NYU Polytechnic School of Engineering. He is also an advisor to the cyber-security efforts of the U.S. National Research Council, the Institute of Defense Analyses and a U.S. intelligence agency. Venables is a member of the Council on Foreign Relations.

Mr. Venables holds a B.S. with honors in Computer Science from York University in the United Kingdom and an M.S. in Computation and Cryptography from The Queen’s College at Oxford University. He was awarded the designation of Chartered Engineer in 1995 and Chartered Scientist in 2002 and was elected a Fellow of the British Computer Society in 2005. 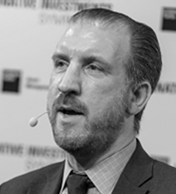