Richard J. Barton is CIO and Senior VP of American Management Association, where he is responsible for all information technology services and product development worldwide.

Mr. Barton has extensive experience in aligning technology with growing business requirements. His credentials span more than 20 years, primarily at McGraw Hill's Standard & Poor's division where he began in 1992 as a VP of technology for S&P's Comstock business. Then, as CTO, he was a key adviser for all technology initiatives and practices on an enterprise-wide basis between 1995 and 2000. As VP, technology, from 2000 to 2002 he was responsible for strategic planning, development, and global technology operations of editorial and analytical production and web services systems for one of S&P's two major units. As managing director and CTO of MMS International, Mr. Barton was a principal in the company's divestiture/buyout from McGraw-Hill-S&P's, identifying global technology planning and costs in support of the financial planning to secure funds for the transaction. He was also charged with establishing and executing the global vision and strategy for the creation of MMS' technology platform and infrastructure and online product development. Later, he supported the company's eventual sale and integration with Informa Financial, retaining the same title and reporting to the CIO. Barton began his career at Commodity Quotations Inc. as a customer service technician/manager, rising through the ranks to become the company's quality assurance and operations director.

Mr. Barton holds a B.S. in Computer Engineering from Farleigh Dickinson University and he completed Standard and Poor's Executive Development program at the University of Virginia 's Darden School of Business. 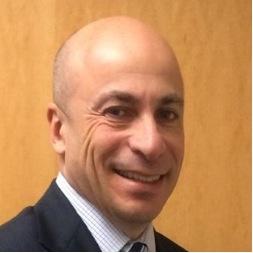