Robert Galvin is CTO of the Port Authority of New York and New Jersey, which builds, operates, and maintains the airports, rail, bridges, and tunnels between the two states, as well as seaport facilities, and the 16-acre World Trade Center site. Since joining the Port Authority in December 2013, Mr. Galvin has created a strategy for implementing technology at the Agency, developed a cybersecurity program, deployed or upgraded over 6,500 computers and mobile devices, and moved the organization to Microsoft Office 365.

Prior to joining the Port Authority, Mr. Galvin was CTO of the NYC School Construction Authority, an organization responsible for the design, construction, and maintenance of over 1,500 public schools supporting over 1 million K-12 students. There, he reorganized the Technology Department and modernized their enterprise applications by deploying data warehousing, cloud, and mobile technologies.

Mr. Galvin served in a senior leadership role for the international curtain wall company, Enclos Corporation, renown for projects such as the Petronas Towers in Kuala Lumpur, the Getty Center in Los Angeles, and Bloomberg Tower in New York City. Previously, his work at 3M in the consumer products, international, and IT divisions earned him the company’s IT award for excellence.

Mr. Galvin serves on the board of the New York Metro Society for Information Management (SIMNY). He holds a B.S. in Management Information Systems from Central Michigan University. 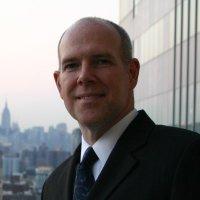