Prior to MSKCC, Mr. Gal was CTO of Morgan Stanley, where he was responsible for constructing an industry-leading, evolutionary architecture competitively positioned both on the buy side (asset management) and on the sell side (investment banking) for future growth through innovation, processing scale, and efficiency.

Before his position at Morgan Stanley, Mr. Gal was CTO and Managing Director for Deutsche Bank Capital Markets. Previously, he was CIO at Time Warner Music Group (WMG). Under his leadership, WMG introduced mobile ring tones to the USA and was the first partner of Apple's iTunes/iPod drive. He also led the transformation of WMG's web assets into a full fledge eCommerce site with over 14 million unique users. From 1999 to 2002, Mr. Gal was the President and COO of ATT.com. In this position, he was responsible for AT&T's eBusiness and eCommerce activities. Mr. Gal also led the global sourcing and vendor management effort for all of AT&T – resulting in a net savings of $145M per annum.

From 1996 to 2001 Mr. Gal served on the USA technology delegation to the G7 conference of leading economy nations. He is credited with developing the first Internet bank while at Wells Fargo Bank and initiating the first major brokerage on-line trading system at Merrill Lynch. As a result of these achievements and others, he was presented with the 2001 Einstein Award for achievements in Science and Technology by the State of Israel President, Moshe Katzav. 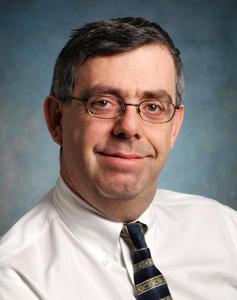